Originally featured by Jean Bonchak For The News-Herald, September 20, 2020 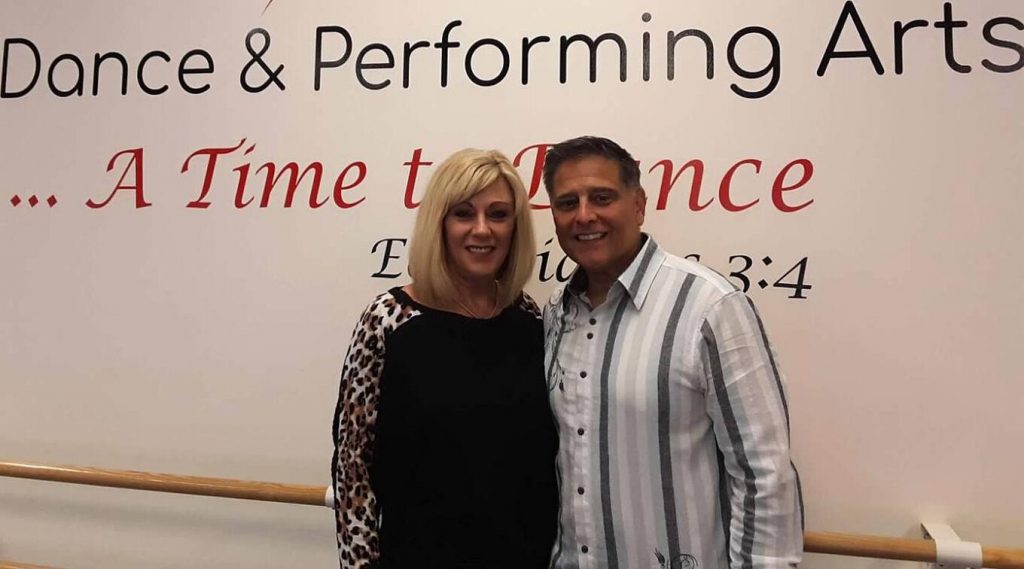 Gina and Mark Rosson, owners of Spotlight Dance Center, are celebrating the dance establishment’s 10th anniversary at their current location in Mentor.

Mark and Gina Rosson have promoted the art of dance in Lake County for more than two decades.

In 1994 the couple opened Spotlight Dance Center in Willoughby Hills and 10 years ago moved the business to Mentor.

“One of the reasons we moved from Willoughby Hills to Mentor is that we noticed we were getting about 40 percent of our students from there. We have just blossomed here from day one. There’s no looking back,” Mark said.

Originally starting with three large rooms, in 2015 a fourth was added.

“We need to expand again,” Mark said while providing a tour of the spacious facility.

Encompassing approximately 8,500 square feet, the studio is one of the largest of its kind in Ohio. Mark heads up business matters while Gina serves as the creative director.

The accomplished professional has been enmeshed in the world of dance since stepping into her first class at the age of 3.

While growing up in Richmond Heights, Gina started teaching dance during her teen years. Later she trained at the Cleveland Institute of Dance and was a member of Cleveland’s New Dance Ensemble.

This group of Hip Hop dancers from Spotlight Dance Center participated in a DanceMakers competition earlier this year.

In the 1980s the couple moved to California where Gina performed in Hollywood, dancing with major celebrities, in television commercials and music videos and with industry choreographers.

They returned to Cleveland in the mid-1990s and opened their own dance studio with a vision to create an environment helping young dancers achieve their goals.

Successfully meeting their objective, the Rossons have helped thousands enjoy the art of dance with many of their students moving on to professional status.

Brandon Leffler and Dejan Tubic are two examples. Leffler has appeared in multiple Broadway productions as well as television shows and Tubic is a world-renowned choreographer.

The Rossons are proud of their many successful students as well as their experienced staff.

“We have an amazing faculty. The majority of our teachers are former professional dancers and former students,” Gina said.

In addition to teaching, staffer Chandler Lago is a personal trainer and nutrition coach. Morgan Wright is an on-air host and producer at Cleveland radio station Q104.

Gina notes that even though the center has nurtured many professionals they’ve formed a strong community for recreational dancers as well.

“It’s a place for all children to come and concentrate on something they love. We try to create a positive, motivating environment for the children. This is by far the most important thing to us,” Gina said.

Recitals giving all Spotlight dancers an opportunity to be on stage have taken place at Mentor High School for the past 13 years.

As with other operations, the novel coronavirus has presented challenges which have been partially met through online demonstrations. Local dance enthusiasts as well as those from England, India and other parts of the world have been introduced to the center and its activities via the internet. 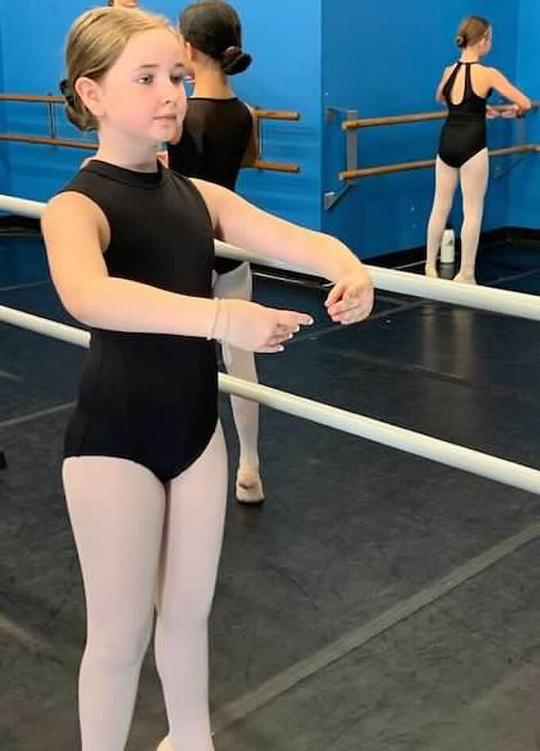 Reagan Boergert, 9, of Concord Township, practices ballet at Spotlight Dance Center in Mentor. She has been training at the studio for six years.

Now up and running again, the studio is in full swing while following state guidelines including safe distancing, limited class sizes and sanitation procedures.

Kevin Malecek, director of economic development and international trade for Mentor, is pleased with the center’s success. 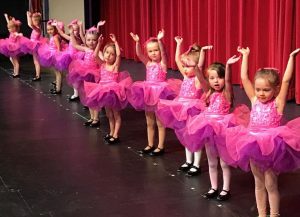 Youngsters in the 3- to 5-year-old Combo class at Spotlight Dance Center perform at a dance recital in Mentor in 2019.

“Spotlight Dance Center’s 10-year anniversary is another shining example of how lifestyle, service-oriented businesses can thrive through both prosperous and challenging times in the City of Mentor,” he said.